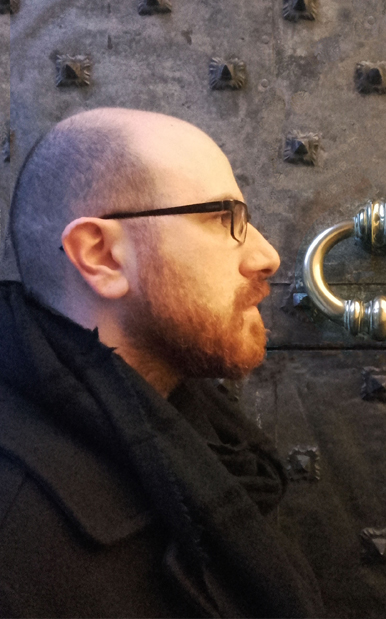 Andrew lives and works between Paris, Milan and Venice. He graduated from the Art School in Venice in 2001 and from Naba of Milan in Exhibit Design in 2008. During his studies he meet the designer Alessandro Guerriero who will help in the realization of several trade fairs and events. During these experiences he discovers the real world of the exhibit design: stage design and costumes, sets for advertisements, fairs and exhibition fashion shop windows dispay. At the same time, he devoted himself to the research of materials and to interior design projects, both as a designer and as producer of architectural models. Soon after, Gherardo Frassa offered him the design of exhibitions and events at the Palazzo Reale in Milan and the Pitti Immagine in Florence. Meanwhile he founded with him the brand Citazioni and created various collections of home metal decoration following all the production stages, from the design to the final realization, analyzing costs, production techniques and studying the packaging. After Frassa’s demise, Andrew continued the brand art direction, following the graphics, the visual merchandising, and the sales management and partecipated in projects in Italy, France and Germany. He developed presentations and commercial installations for exhibitions and events at the Salone del Mobile in Milan. He created the exhibition - It is not the rose or the Tulip - at the Triennale di Milano, collaborating with important artists and designers such as Andrea Branzi, Aldo Cibic, Sergio Calatroni and Giuseppe Ragazzini. During his stay in Paris, started in September 2015, he became art director and marketing manager for the brand Profilo. While in Venice produces all the metal wire pieces for the collection. Andrew is also able to work paper, plexiglass and to paint on any layer. He develops artistic metal objects engraved on pantograph. Andrew also deals with corporate identity and follows interior design projects for companies.

By using our site, you agree to our use of cookies. Read More